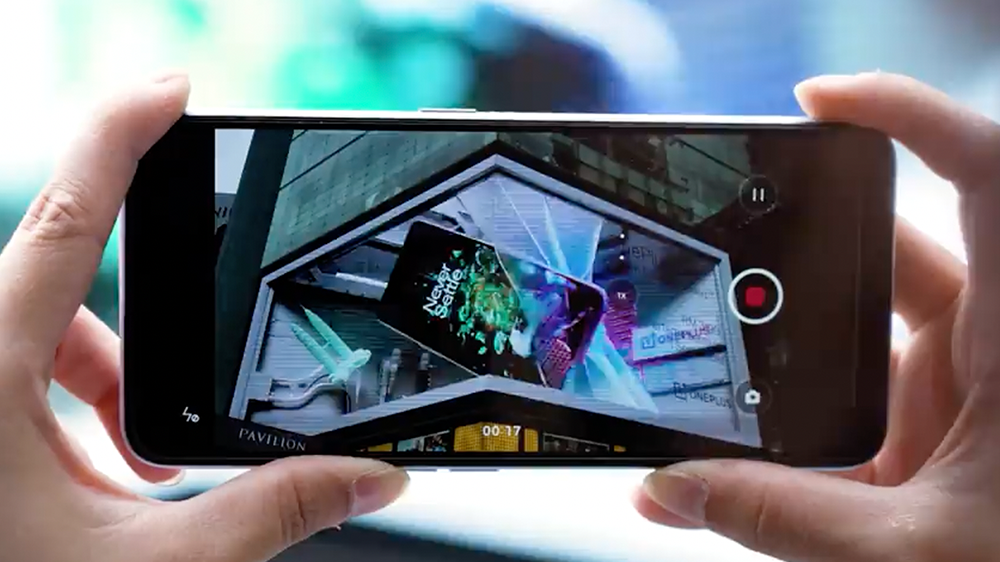 The Drum’s Out-of-Home Deep Dive sits down with experts to take the temperature of a medium with a tough recent past, but (according to our panel) a dizzyingly exciting near future.

Pavel Popov, CEO of creative multimedia studio, Hypnogram sits down to discuss the future of the experiential advertising industry, and the creative possibilities on the horizon.

It is perhaps unsurprising that, when we gather six experts in out-of-home (OOH) and experiential advertising to talk about the medium, they are enthusiastic about its capabilities and possibilities. But the group is positively rhapsodic about a channel that, as agency TRO’s Sulmaan Ahmad sums it up, is (compared with “saturated” channels like social media and with a hint of knowing hyperbole) “an open paradise, full of opportunity and very unsaturated”.

Our panel’s list of the bounties in this idyll is long: that OOH is “the most creative channel”, as Posterscope’s group innovation director Katy Hindley puts it, custom-made to deliver creative and copy “to make the heart sing”, as in British Airways’ recent campaign.

Or that it’s the ideal channel for the kind of (as Kinetic’s chief client officer Nicole Lonsdale puts it) “humanizing experiences that post-pandemic audiences are clamoring for“.

Or that it’s a surprisingly natural bedfellow with data (Lonsdale again), “and not just data for data’s sake; data that adds utility for brands and customers” allowing for “smarter, more refined and outcomes-focused targeted broadcast”.

Or that it’s (as Wasserman’s Anup Daji says) “fostering a new wave of interaction”, including the emerging fields of programmatic OOH and shoppable OOH and other integrations, from augmented reality to virtual reality and haptic peripherals.

Or that OOH and experiential just might be the unsung heroes of ‘social value’ in the marketing toolkit, and a natural solution to some of advertising’s ills.

As The Drum has reported, there are serious concerns about the carbon costs of digital outdoor media. But attempts to clean up are helping the medium turn a corner, says Lonsdale – she goes so far as to call OOH “the most sustainable channel out there”.

Lonsdale goes on: “A lot of people don’t know that a lot of the money goes back to councils and to helping public infrastructure; that most digital OOH screens in the UK use renewable energy; that all the investment in new infrastructure and inventory uses recycled materials. It’s something the channel has got to do a big job on to educate clients, but also agencies, about that.”

Whether digital billboards use clean energy or not, activations on the medium are, as Ahmad puts it, “increasingly driven through the lens of activism” – think Quorn’s ‘No More Porkies’ or Heineken’s solar-powered beer cooler. Regardless of the sincerity of the message, plays like these show the medium as a preferred vector for brands’ splashier ‘social value’ plays.

Something similar lies behind recent headline-grabbing commercial plays like KFC’s London pub and the Spotify café: they’re instances of an approach to real-world advertising that, as Daji puts it, focused on “making experiences meaningful for the consumer”. Likewise for a long-term rise in community-focused plays exemplified by the likes of Lululemon and Rapha bikes: Ahmad views these as “community hubs that drive the desirability and social status of belonging to the brand and make the experience more than just a customer experience… ‘Purpose’ is a loaded word, but it’s about using spaces to provide actual utility for people”.

All of this, says Hindley, speaks to a channel with a maturing point of view: OOH at its most exciting has become about “experience beyond the transaction” and “reimagining space”. “It’s increasingly about co-creation,” she says. “It’s a living organism, not something that’s set apart from the audience and decided upon… OOH is becoming a partnership with the people in the community and it’s drawing longer-term commitments from brands.”

Lonsdale argues that OOH is a natural home for this kind of work because, quite simply, it’s “the most public channel… If you do something like that online, you’re not getting the same impact. It gets slightly underplayed, since the channel’s still only commanding, depending on your sources, maybe 5% of media budgets.”

The constant push-and-pull of budget between channels is not a zero-sum game, but our (admittedly biased) panel agrees that OOH could easily put more than that 5% to good use. Not least because, as Coegi’s account strategy director Savannah Westbrock puts it, “we’re constantly being challenged by brands to give them something as far-reaching as programmatic without programmatic’s long-term concerns around privacy and regulation”. With smart ways of attributing performance and personalizing content in OOH, it just might see some of that budget coming its way.

With these cultural, technological and in-industry shifts cresting, one could predict that OOH is at the start of its own little renaissance where creativity, spend, personalization, and just about everything else will all improve in a virtuous cycle. For a medium that used to see a range of quality, from the most eye-catching work to repurposed display ads, Londsdale says that “brands now are getting it right”, partially because, post-pandemic, “people are so much more appreciative of their time outdoors”.

In response, our panel says, OOH is increasingly listed as the lead channel in briefs, with downstream social amplification built around it (like filming the production of a mural or public responses to it). For a medium hit hard by the pandemic and forced to evolve, that must feel like vindication. Here’s Lonsdale again: “OOH’s reach will only grow – and it already delivers the highest reach of any commercial channel”.

Read the original article on The Drum