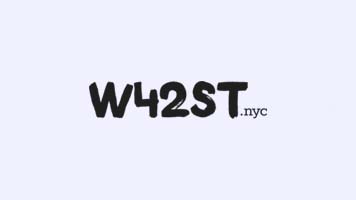 New York City and Times Square are still the beating heart of immersive retail and future-forward marketing, say some of the ad world’s most influential movers and shakers.  Stores may have closed and many workers fled NYC for greener pastures, but it’s never a good idea to count New York out, according to a panel of NYC ad execs at The Drum.

W42ST spoke to New York CEO of VMLY&R Beth Ann Kaminkow about her predictions for the future of retail in NYC. The VMLY&R brand family has committed to staying close to the center of NYC retail, staking out a Times Square-adjacent office space at 3 Columbus Circle above the Nordstrom Men’s Shop and across from its flagship store. Kaminkow says that VMLY&R considers 3CC the agency’s own flagship, housing the entirety of its family of brands and developing a proprietary flagship experience space.

Other agencies are keeping their NYC offices but rethinking the role of a flagship hub —  AnalogFolk Managing Director, Kunal Muzumdar, noted that AnalogFolk plans to adjust their office to reflect short-term hoteling for hybrid workers to use the space “for different reasons, and spend that money in different ways to set our teams up for success.”

While some have pessimistic predictions for the future of New York, others believe in the need to remain in NYC as a testament to an agency’s prominence in the commerce space. INVNT CEO and [INVNT GROUP] COO Kristina McCoobery told the panel — “If you were to look at the footer of any major brand – or, frankly, major agency – that doesn’t show New York as one of their main cities, you’re going to get a head tilt from the world. ‘You’re not in New York? Why aren’t you good enough to be in New York?’”

After a long COVID slumber, many can’t-miss immersive retail experiences have returned to the city, as recently profiled in The National Retail Federation’s roundup of newly opened immersive NYC stores.

Retail experiences with passionate, built-in audience bases like The Stranger Things Store, The Lego Store, The Bridgerton Pop Up, and The Harry Potter Store demonstrate the power of combining virtual reality with tangible, in-person merchandising and the impact of a massive volume of New York visitors broadcasting their impressions worldwide.

Some execs were quick to point out the “touristy” reputation of the area, but Kristina McCoobery says Times Square is the ideal place for the marriage of cutting-edge adtech and built-in audiences, citing the “destination advertising” of Time’s Square’s 3D Fortnite x Balenciaga ad. She predicts a future of “massive services with incredibly engaging virtual reality and augmented reality.”

The concept of destination advertising is nowhere more prevalent than in the recent public unveilings of Non Fungible Tokens (NFTs) throughout Midtown. From creative director Jonathan Rosen’s NFT collection debut via the Nasdaq Billboard, to the most recent and upcoming NFT.NYC conferences in Times Square (featuring none other than Quentin Tarantino and NFT Restauranteur Gary Vee), it’s clear that both creatives and cryptophiles are eager to invest in a neighborhood where you’re guaranteed to reach consumers day and night.

The intersection of technology and the physical environment seemed a key talking point for execs parsing out the future of work at NYC ad agencies. Kaminkow would agree, declaring that despite the initial exodus of NYC workers, where “A lot of people were kind of afraid — ‘Well gosh, if New York talent can go live anywhere, what’s going to happen to New York agencies and New York communities?’ But we’re finding the opposite to be true,” noting that the agency is still experiencing an influx of new talent eager to connect with a density of other creatives.

And for those who’ve left New York? Kaminkow is confident that they’ll return to the agencies and city they call home. “Most New Yorkers wake up after a while in the mountains or in Florida or wherever they are — and they miss the beat of New York. To be a creative individual, you feed off and thrive off all manner of things that you see and absorb on a city street — and so you also thrive on the fact that, even if a city that you love isn’t thriving the way and isn’t as vital as you may remember, you get inspired by being part of the pioneers to bring about that Renaissance.”