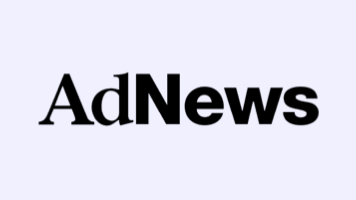 INVNT APAC MD, Laura Roberts weighs in on the future of experiential.

While 2020 was difficult, it also forced the industry to innovate. Laura Roberts, APAC managing director of experiential agency INVNT, says she has been “blown away” by the innovation she has seen with experiences.

“Musicians doing their concerts from their bedrooms, or restaurants doing home delivery service with chefs dialing in, it really forced everyone to challenge their day-to-day business practice — which was survival mode — but it’s probably going to really influence how experiential is carried out moving forward now,” she says.

Within its own business, Roberts says INVNT accelerated its own plans to diversify and added three new business units. Joining INVNT is now brand strategy firm FOLK HERO, branded content and digital marketing studio HEVĒ, and culture consultancy MEANING to form [INVNT Group]. Roberts heads up the group which now offers these services to complement the existing experiences it creates for clients, or independently.

“We also really invested in our people by upskilling a huge team in platform configuration and webinar management and so forth,” she says. “All skills that we didn’t particularly think in experiential we would need to have, but they’re certainly skills we’re going to need moving forward.”

For TedxSydney, an event that usually draws tens of thousands of people, sharing its content online has been part of its model for years. But the interactive, live component wasn’t like it was in previous years.

INVNT worked with the company to bring together a small audience in-person, alongside an even bigger online audience. The day was live streamed with attendees able to dip in and out of their favourite sessions.

Roberts says being able to have an online audience has opened up huge opportunities to reach new people.

“We’re not going to be able to discount that huge new, online audience,” she says. “I think we’ve heard this all before, but hybrid experiences are going to be the way forward. So that online experience will still exist in some sort of format for more experiential events going forward.”

One of the most important learnings for putting together a hybrid event is ensuring virtual attendees don’t feel like an “afterthought”. Experiential marketers are going to have to be more considered in their approach.

“Their online experience is going to have to be very carefully curated in the same way we would do for an in-person audience,” she says. “There’s tons of opportunities such as exclusive access content and other moments you can include as part of that.”