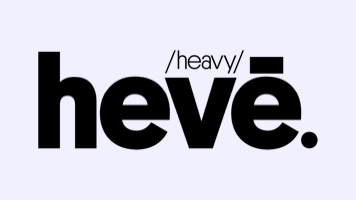 NEW YORK, NY (September 30, 2020) – Branded content studio and content marketing agency, HEVE, part of [INVNT GROUP], has expanded internationally with the launch of an outpost in Sydney, Australia, which will service the entire APAC region, and has made two new hires in the U.S.

Ee Chuan Fong (also known as “Peanut”), has been appointed to the newly created role of Creative Director for HEVE APAC, responsible for building out the brand’s offering throughout the region, including driving the creative direction of all content and overseeing its production.

Within the U.S. HEVE is also continuing to grow its footprint following the addition of Rachel Riegel, who joins as Production Manager from Meredith Corporation, where she most recently worked as a Senior Post Producer, and Brittney Hughes has joined as Manager of Account Services. She previously held roles at O’Keefe Communications and Lockheed Martin Center for Leadership Excellence.

The growth has been fuelled by increased demand for HEVE’s services amid the pandemic, where the team have delivered projects including Undeniably Dairy for Dairy Management Inc. as part of their strategic partnership with FOX News Media, a spot for Diamond Producers Association featuring Tim Tebow for Sports Illustrated,A Show of Hands for the Society for Human Resource Management (SHRM) which encourages Americans to build a nation and workforce of inclusion, and the Defying the Odds series for PatientPoint Studios which profiles inspiring men and women who have overcome challenges associated with their medical conditions. Other clients include Gatorade, PepsiCo, Quicken Loans and Geico.

Chris Hercik, CEO at HEVE said: “We’ve seen impressive growth over the last six months as more and more brands seek to connect with and support their audiences during these uncertain times through innovative, content-driven campaigns.

“Our focus is on continuing to create big, bold and beautiful stories that consumers want to see and hear both during and beyond the pandemic, and we’re thrilled to be building out the HEVĒ team with fresh new talent so that we’re best placed to service our clients in this way.”

Scott Cullather, President & CEO at [INVNT GROUP] added: “HEVE’s growth both in the U.S. and globally is aligned with our GROUP strategy to evolve and take shape ongoing, and it’s one that we’ve developed with our clients firmly at the forefront. The international expansion of HEVE is perfectly timed, and means we’re now equipped to lend our expertise to both new and existing clients seeking support from HEVE in APAC either independent of, or in addition to the services provided by our other brands.”